FREE ESTIMATE OF VALUE
WORK WITH US 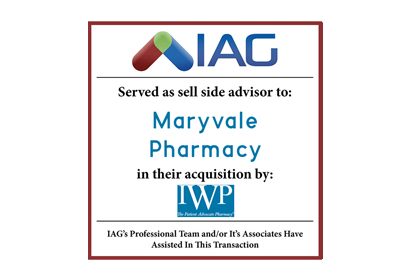 IAG Is Happy To Announce The Successful Sale of Our Client Maryvale Pharmacy in Phoenix, Arizona

The Injured Workers Pharmacy dba IWP is a Massachusetts based pharmacy that specializes in dispensing medications to the workers compensation market.   Barbara Beaudin, the CFO and primary contact, explained that IWP was looking to broaden its retail and geographic market.  IWP’s leadership targeted the Phoenix, Arizona market because of the city’s strong metro population proved to be a desirable market for the retail pharmacy space.  IWP already had an executive employee based in Phoenix who would oversee the operation of an acquisition in that metro area.   The plan was to grow its workers compensation market, establish itself in the broad retail sector market and expand to assisted living accounts. The company the resources to bring in a company pharmacist and staff to execute and support its marketing strategy.

After a series of discussions with the CFO of IWP, they doubted that they would be willing to pursue the opportunity further since the seller was asking for a higher price and they did not believe, based on the financials, MD Pharmacy was worth more than their offer.  Since the seller’s listing was generating strong buyer activity and interests, our advisor shared the current buyer landscape and suggested that IWP look elsewhere. IWP said they were definitely still interested and willing adjust their pricing by reviewing more information and visiting the location.    Their Chief Pharmacist, spoke with the seller, by phone and got on well with him.   After IWP’s team visited the pharmacy and gathered the script report and operational details in mid-October 2020.  By early November 2020, IWP presented MD Pharmacy with an offer to acquire the business assets for full asking price, which included an adjustment for inventory, as a cash purchase.   The seller accepted.  The buyer was looking to close the transaction by 12/31/20, however, due to some delays that we never gave up on, the transaction officially closed on 5/5/21

“Thanks to the IAG team for never giving up and seeing us to the finish line!” 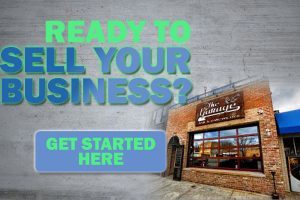 *Get updates, news, & tips sent to your inbox. Don't worry, we never spam.

Scroll up
Get Started With This Form